After Disappearing By Hitchhiking -Vics Brother Reveals How He Tracked Down Moroccan Killer – Unzensuriert
Skip to content
DEUTSCHLAND
.AT

Hitchhiking can be deadly especially for young women like Sophia L. that was murdered by a Moroccan lorry driver.

The brother of a woman allegedly murdered by a Moroccan lorry driver has said that the suspect was only tracked down thanks to the family s efforts because cops did not want to start a search.

The body of 28-year-old German hitchhiker Sophia L. was found in Asparrena in northern Spain on 21st June last year, six days after she started hitchhiking from Leipzig in the Eastern German state of Saxony.

Sophia had planned to hitchhike from Leipzig to her parents home in the Bavarian city of Amberg, but ended up murdered 1,000 miles away from her destination.

According to Sophia s brother Andreas L, 51, the police would never have managed to arrest suspect Boujemaa L. if they had not started a search.

Andreas said: “The German judiciary would have no body and no perpetrator if we had not done the job, guaranteed.”

One day after Sophia went missing, having not arrived in Amberg, her father went to report her disappearance at the police station.

Andreas said: “We were turned away. She had sent a message to friends that she was travelling in a lorry with a Moroccan driver. But she did not arrive in Amberg, the phone was switched off.

“We were really worried that something had happened to her.”

With the help of more than 80 volunteers, Andreas went searching himself for clues about the whereabouts of his sister.

He said: “Our Leipzig-Berlin team started off distributing leaflets at the car park at the Schkeuditz motorway junction.”

A Polish lorry driver then came forward saying he had seen Sophia.

Andreas said: “After pleading for a long time, the police then evaluated the images of a surveillance camera. After that, we knew the license plate and what the lorry looked like and what the driver looked like.”

Investigators now assume that Sophia was probably already dead by this time.

When police officers evaluated the lorry s GPS data, it showed that Boujemaa L. had stopped at Schkeuditz to take Sophia on board and later stopped for more than two hours at the Sperber rest area on the A9 Motorway.

Andreas said: “The authorities assume that the crime took place there.”

Boujemaa L. allegedly still drove for three days onward with the body of Sophia in his lorry. According to police sources, the body was dumped near a petrol station and showed “clear signs of violence” and looked like someone had attempted to burn it to conceal the evidence.

Andreas said: “He was finally arrested just 300 kilometres from the ferry that was to take him to Morocco. If he had achieved that, he would probably have disappeared.”

According to local media, Boujemaa L. will soon face trial in Bayreuth, Germany.

Chief prosecutor Herbert Potzel said: “We expect the indictment to be ready this month.”

Andreas said that he will be there at the trial for his murdered sister.

He said: “I will go to Bayreuth as often as I can and follow the trial. I owe that to Sophia.” 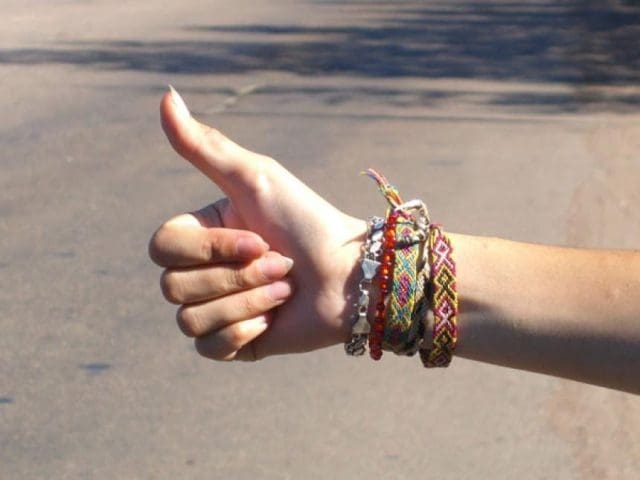