A former Austrian MP and Greens party leader is facing jail for attempting to smuggle an illegal Iraqi migrant into the country.

A former Austrian MP and Greens party leader is facing jail for attempting to smuggle an illegal Iraqi migrant into the country.

Matthias Koechl, the party leader for the Greens in the Austrian state of Carinthia and a former MP, was arrested after he was caught by the police on the Italian-Austrian border allegedly trying to sneak a 27-year-old Iraqi migrant into Austria. This comes after accusations from the far-right FPO claiming he shared a pint with jihadists.

The Italian carabinieri (police) confirmed that the Iraqi migrant was found without any valid identity papers. The border guards said they noticed something was wrong when Koechl was conspicuously nervous during a check. They arrested him and took him to a prison in the city of Udine, from where he was later released pending a trial at a yet-to-be-announced date.

Koechl s car and mobile phone were reportedly impounded by the cops. If found guilty of human trafficking, Koechl faces a prison sentence ranging from one to five years as well as a fine of 15,000 EUR (13,082 GBP) which Italy charges for each trafficked migrant. He has reportedly not given a statement so far to investigators about the human trafficking allegations.

Filed for asylum in Udine

According to the Italian authorities, the Iraqi migrant has since filed for asylum in Udine, where he is now living in an asylum shelter. The Freedom Party of Austria (FPO) demanded “rigorous legal consequences” if Koechl is indeed found guilty. FPO Secretary General Christian Hafenecker said: “Helping illegals enter the country is punishable and not a trivial offence.” According to the FPO, Koechl has been involved in “other questionable actions” in the past such as inviting two Iraqi migrants who shared jihadist messages on social media to his home.

Koechl himself, however, dismissed the allegations and said he just “invited the two of them for a beer” but concluded that “we could hardly reach any mutual understanding”. He said the two were however not jihadists but a hairdresser and a telecoms employee. The investigation is ongoing. 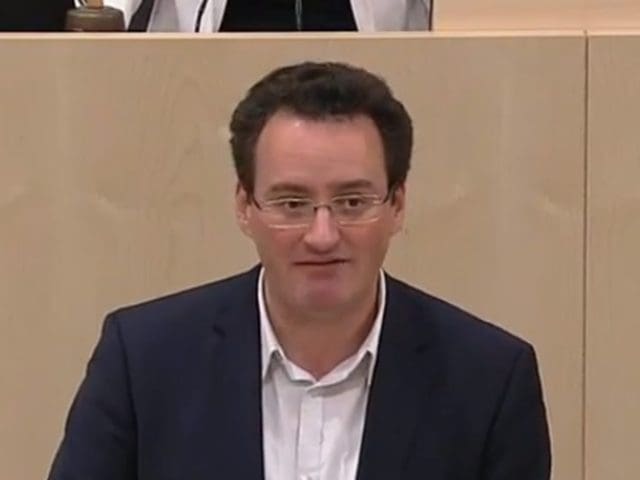