Gypsy Mum Of 10 Jailed For Stealing With Kids – Unzensuriert
Skip to content
DEUTSCHLAND
.AT

German cops powerless to deport a gypsy woman who has been convicted numerous times of using kids to help her steal.

Gypsy Mum Of 10 Jailed For Stealing With Kids

German cops powerless to deport a gypsy mother of 10 who has been convicted numerous times of using kids to help her steal have finally seen her jailed. They say that she uses a mixture of children and other accomplices to go into shops and either distract shop assistants or confuse elderly people that they meet in order to steal, and was just recently handed a six-month suspended sentence.

The mother, identified only as 34-year-old Briziana H., who gets almost 3,000 EUR (2,617 GBP) a month in benefits, is originally from Bosnia and lives with her 10 children in asylum seeker accommodation in the town of Langenhagen in the Hanover district. Her husband, who she married under Roma traditions, is currently in jail, leaving her to raise the 10 children that they have together alone, yet she still made regular tours in the local community as a trick thief in order to further subsidise her income.

Her homeland Bosnia has said that the gypsy woman is not recognised officially as a citizen as she has no passport, and is refusing to take her back, meaning that Germany had no option other than to continue to provide her with accommodation in the asylum seeker home. She was back in court this month making it her eighth conviction with the previous convictions all for theft from shops and attacks on elderly and vulnerable people who she tricked out of their property.

In shops, she stole clothing, cosmetics, electronic devices as well as foodstuffs and alcohol. In her latest raid, as well as shoplifting, she also stole the purse of an 87-year-old pensioner. After each successful expedition police say that she left the scene in an expensive car although she does not have a driving licence and the cars including an Audi A3 and an Opel Zafira are not registered in her name.

The prosecutor told the court in Hanover: “The crimes were carried out in order to get extra income. It is unclear how she always has cars at her disposal even though she technically should not be able to afford them.” Over the last three years they said she had received around 90,000 EUR (78,536 GBP) in benefits and had cost the taxpayer more than 100,000 EUR (87,363 GBP) because police and prosecutors were constantly dealing with her crimes.

High likelihood of returning to crime

In court, she claimed not to be able to speak any Bosnian, only Italian, and she apologised profusely for her crimes. She also paid back the two pensioners who she stole from. But this did not stop Judge Ulrich Kleinert giving her a one-year jail sentence this time, as well as a six-month ban for driving without a licence. He said: “She has a really high likelihood of returning to crime. She will continue to steal, and generally there are also always children with her. Despite pleading guilty it is strange behaviour. One has the opinion that she s using her stay in Germany to go on a thieving tour. A suspended sentence would only be misinterpreted.”

According to local media she also has other cases pending. It is unclear what will happen to her children when she goes to prison and she still has the possibility of appealing the sentence. 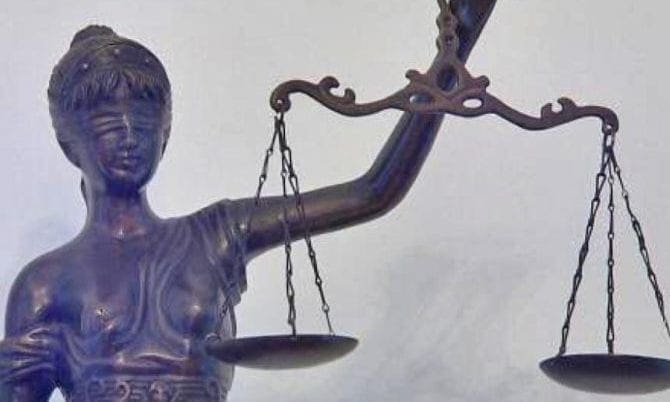