Migrant Who Butchered 15yo Ex-Girlfriend Jailed – Unzensuriert
Skip to content
DEUTSCHLAND
.AT

A teenage migrant stabbed his 15-year-old ex-girlfriend to death.

Migrant Who Butchered 15yo Ex-Girlfriend Jailed

A teenage migrant, only identified as 18-year-old Bulgarian national Matyu K., was found guilty of murdering the 15-year-old schoolgirl named in reports as Iuliana R. He was sentenced to nine years and six months in prison, just shy of the highest possible sentence of 10 years which German law allows for juvenile offenders.

Iuliana lived with her parents in the town of Viersen in the western German state of North Rhine-Westphalia where she was killed by Matyu K. inside a local park in June last year.

The court heard that Matyu K. had told two friends in detail shortly before the murder that he wanted to kill Iuliana. Only a few days before the act, the victim broke up with Matyu K. after she found out he was involved in drugs. On social media, Matyu K. wrote sentences such as “if she has a new boyfriend, I m going to kill her”. Prosecutor Stefan Lindgens told the court: “He regarded her as his property and told her: Either you are with me or you are with no one .” In the park, Matyu K. ambushed Iuliana and stabbed her to death.

Her screams alerted a homeless man named Ilja Hansen who said that the attacker ran off as he approached, and the girl then collapsed in his arms saying repeatedly: “I am dying, I am dying.” Hansen said: “We heard this terrible screaming, and we ran over. By the time we got there she was already falling to her knees and she collapsed into my arms. There was blood everywhere and loads of stab wounds. We called the police and the fire brigade straight away.”

Iuliana was still alive when she was taken to hospital by ambulance, but died a shortly after while being operated on. Her father Marian R. said she had been with Matyu K. for two years starting when she was just 13. He said: “She ended the relationship after discovering he was involved in drugs.”

When they heard the news of her attack, the girl s mother rushed to the park where she collapsed at the scene of the attack, and her father was also notified and turned up shortly after she had been taken to hospital. Both parents had moved to Germany from Romania, and had built new lives for themselves with their daughter attending a local school. 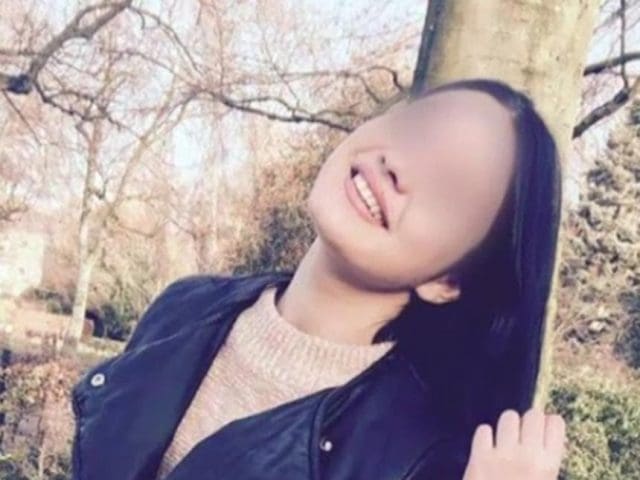