An angry Muslim dad has been arrested for smashing his daughter s face in with a hammer.

An angry Muslim dad has been arrested for smashing his daughter s face in with a hammer while she was reading the Quran because she had failed to find a job after graduating from university. The shocking incident occurred at a family home in the Kuala Kurau area of the Malaysian state of Perak.

Local media report the 58-year-old father, who has not been named in reports, began smashing his daughter s face in with a steel hammer when she was reading the Quran after he came home from his job as a carpenter.

The father is said to have been enraged at his 24-year-old daughter for not having been able to find a job after finishing her university degree.

Omar Bakhtiar Yaacob, the local Chief of Police, told reporters: “The victim was reading the Quran when her father came back from work. The father, who works as a carpenter, then suddenly started hitting his daughter.” Yaacob said the father, reportedly a Muslim, then began hitting his own head against a wall after he saw how badly he had injured his daughter.

The woman was rushed to the Taiping Hospital with “severe” injuries. In the photo, the victim can be seen with a nasty cut to her eyebrow and bandages to her temple and chin. The father was also treated for a wrist injury and given five stitches to his head before being arrested.

The suspect is reportedly waiting to be remanded. 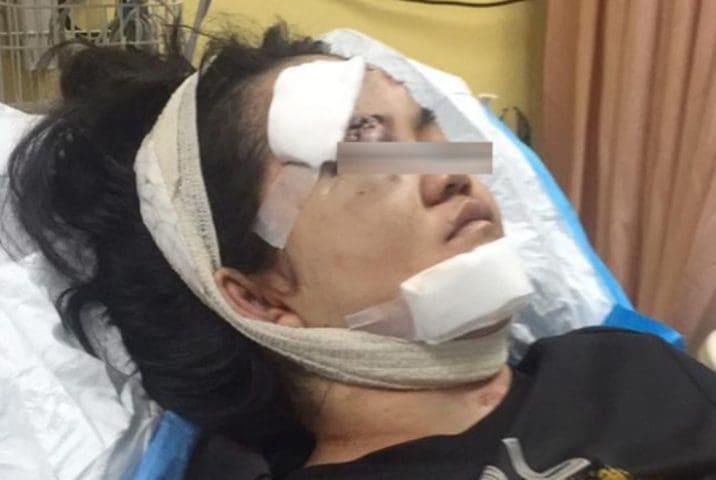