In tthe Penitentiary Centre of Bourg-en-Bresse in the eastern French department of Ain the weird case happened.

A Muslim prisoner has reportedly attacked a prison guard while screaming “you re walking on my prayer mat!” as he throttled the unsuspecting official.

The incident, which took place at the Penitentiary Centre of Bourg-en-Bresse in the eastern French department of Ain, reportedly took place when the prison guard went into the prisoner s cell for a “routine daily check”.

Local media said that the official stepped on a cover that was on the floor. The prisoner is then said to have hurled himself at the guard and tried to strangle him, all the while screaming: “You re walking on my prayer mat!”

The French prison officers union ‘Syndicat National Penitentiaire Force Ouvriere’ (FOP) called for a protest and said that the guard “did not do it on purpose”.

They also said in a statement that it took several guards to restrain the prisoner who was allegedly throttling the guard.

Meanwhile, the FOP have asked for charges to be brought against the Muslim prisoner over the attack. Members of the union and the guard s colleagues reportedly protested outside the prison today [Monday] whilst calling for increased security.

Local media report the guard was not seriously injured but has been taken off work for two days.

Tensions are high in France after inmate Michael Chiolo seriously wounded two Conde-sur-Sarthe prison guards last week along with a female partner who was visiting him at the time.

French ministers described the incident as a “terrorist attack” after the prisoner shouted “Allahu Akbar” during the altercation, according to reports. 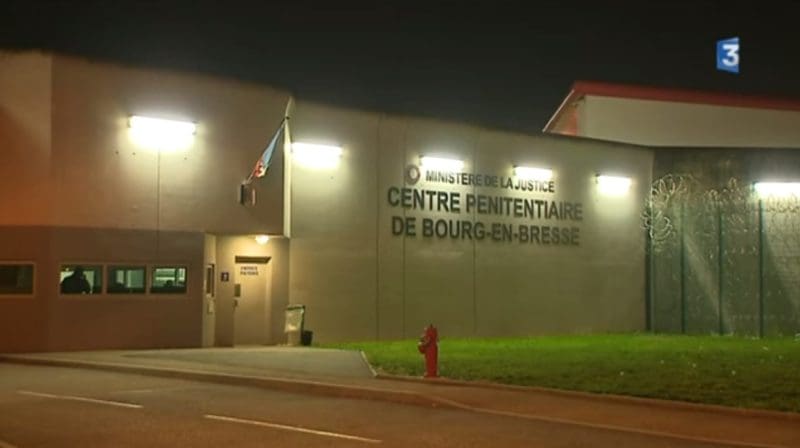