A terrorist who fought for Islamic State in Syria and returned home to Austria to have a bullet wound treated also collected over 10,000 GBP in benefits before going off to fight for IS again.

The suspected Austrian ISIS terrorist, identified as 27-year-old Azad G., caused a political scandal in Austria after he managed to return to his home town of Vienna from the so-called caliphate to seek treatment for a bullet wound. However, he was not arrested and the authorities did not stop him from travelling back to Syria to take up arms for ISIS a second time.

According to local media, the scandal has now become even more embarrassing for the Austrian authorities as it was disclosed that Azad G. managed to rake in 12,400 EUR (10,715 GBP) in benefits during his 14-month spell away in the Alpine country, far from the front lines.

Vienna city councillor Peter Hacker, who is responsible for social affairs, said: “If that is true, it is an incredible scandal that we have not been told about.” He added that “as an Austrian citizen he had a right to it [the social benefits]”. Hacker pointed a finger at the Austrian intelligence services (BVT) who investigated and even interrogated Azad G. but never formally charged him due to lack of evidence.

According to local media, Azad G. attended all the required job training offered by the social security services to receive his unemployment benefits.

Azad G., who grew up in a Kurdish family belonging to the Alevi faith, converted to Sunni Islam in the Austrian capital Vienna and quickly became radicalised. When his parents reported him to the Austrian intelligence services in 2013, he fled the country. After first travelling to Egypt he later migrated to Syria to join ISIS. He was reportedly a foot soldier for the terrorist group, and after he was shot in a battle he managed to return to Austria in 2014 to seek treatment for his bullet wound.

However, the Austrian authorities failed to prevent Azad G. from returning to Syria in 2015 to take up the banner of jihad again. In 2016, an international arrest warrant was finally issued against the suspected terrorist, but at the time the Austrian was already beyond the reach of the police. Azad G. surrendered earlier this year to Kurdish troops in Syria. He told local media that he is sorry he joined ISIS and that he wants to return to Austria. He said: “I hope everyone recognises that I am remorseful. I can only tell people to be careful and not be gullible.”

Michael Ludwig, mayor of the Austrian capital Vienna, asked the local authorities to find out whether or not they can withdraw Azad G. s Austrian passport. According to local media, the authorities have started the revocation process after they found out the suspect has a second Turkish nationality which allows them to retract his Austrian passport. 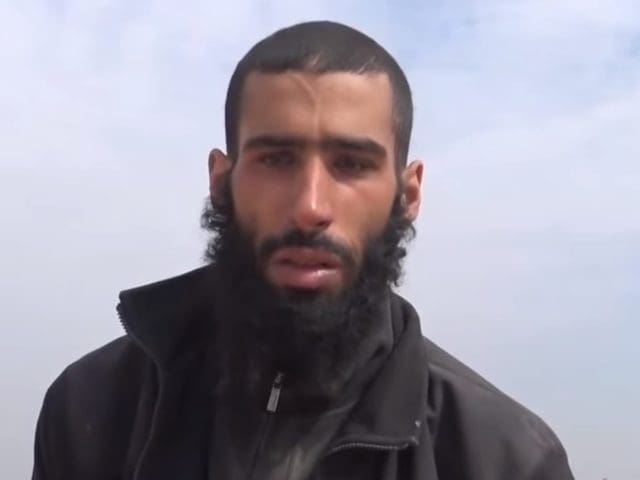