An Austrian state s oldest missing person case has been put to rest after 75 years.

An Austrian state s oldest missing person case has been put to rest after 75 years as the remains of a then 17-year-old thought to have run away from being drafted for World War II have been buried.

Parents died without knowing what happened to their son

The remains of 17-year-old Georg Koppelstaetter from Sankt Martin im Innkreis municipality in the northern Austrian State of Upper Austria have finally been laid to rest after cave explorers found them in the Hoellengebirge fold mountains in Upper Austria. Koppelstaetter s parents both died without ever knowing what happened to their son after his disappearance.

The burial means the state s oldest known missing person case has finally been solved and put to rest.

Georg, also nicknamed Schorschi, went missing on his birthday two days after Christmas in 1943 when he wanted to celebrate his 17th birthday with friends at the Rieder Cabin at the Hoellengebirge. As an exceptionally gifted accordion player, he wanted to entertain his friends with a bit of music and headed off into the blowing snow to fetch his accordion from a cable car. To make it as fast as possible, the avid winter sportsman went there on his skis but never made it back.

No escape from being drafted during World War II

It was rumoured that Georg s disappearance was actually his escape from being drafted during World War II as he had already received a draft notice. The Oberdonau Newspaper assumed differently and wrote back then: “He probably got caught in a snow storm or an avalanche.”

Only in 2016 could the mystery finally be solved when cave explorers discovered his clothing along with his skis and ski poles at the Hoellengebirge and a further search was initiated. Georg s remains were then found in a sinkhole called the Grosse Quetsche, a 60-metre (197-foot) long ravine which is 25 metres (82 feet) deep. Alpine police had a hard time recovering the remains due to heavy snow and were only able to bring them up this year, thanks to a heatwave.

An anonymous 61-year-old friend of Georg s mother Hedwig who only knows Georg from photos, was pleasantly surprised by the news. She said: “When I received the news, it moved me very much.” According to her, Georg probably has no living relatives as his parents Georg and Hedwig have passed away. She added: “Georg s mother Hedwig hoped to the end that her son was still alive. She prayed a lot for him, now her prayer has been answered – even if in other dimensions. “In the entire house, in the kitchen, in the bedroom – there were photos from him everywhere.”

Georg has now been buried in his parents grave after 75 years. 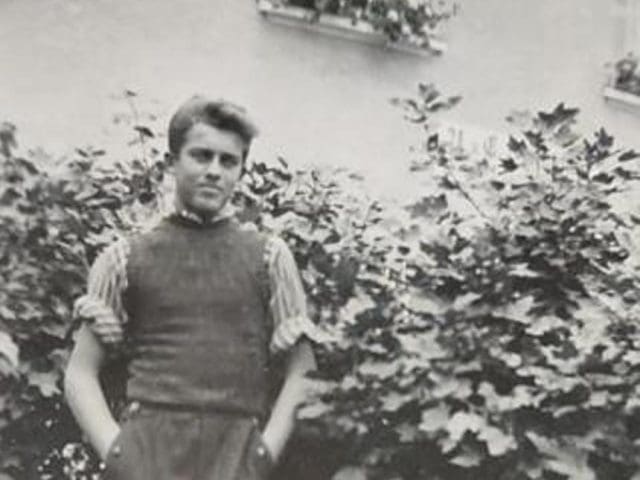